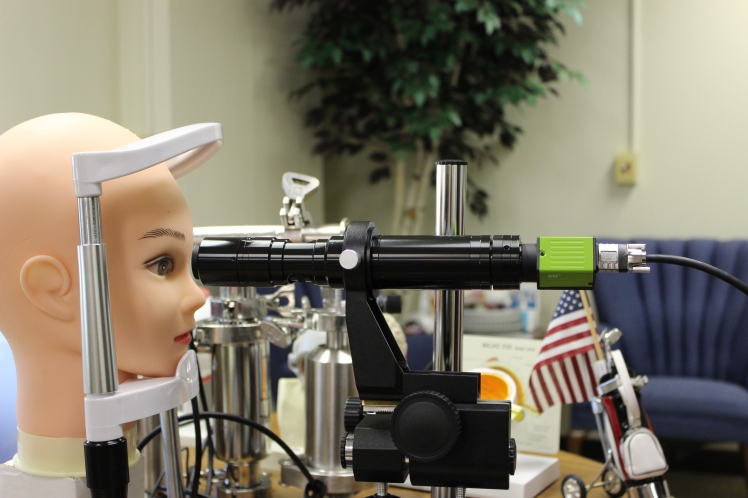 Meibomian glands are modified sebaceous glands, each about 3~4 mm in length, approximately vertically lined up inside the tarsal plates of both the upper and lower eyelids. There are about twenty-five to forty meibomian glands in the upper eyelid and about twenty to thirty in the lower eyelid. Each meibomian gland is a tubuloacinar holocrine gland, comprising a central duct with an orifice adjacent to the mucocutaneous junction of the eyelid, and acini connected to the central duct through ductules. The functional cells of a meibomian gland are meibocytes, which are modified sebaceous cells, forming clusters in each acinus. Each meibocyte synthesizes and secretes lipids, also known as meibum. During each blink, the secreted meibum passes through the ductule, the lumen of the central duct, and forms the lipid layer of the tear film after exiting through the orifice of a meibomian gland.

Meibography was invented by Tapie in 1977 based on clinical tests. Later, infrared light was used to enhance the contrast. The early meibographers usually employed transillumination. Later, direct-illumination, non-contact meibographers have been developed.

Lightrino meibographer employs direct-illumination type, which is more comfortable for the patients during measurements compared with the traditional transillumination type.